Aah, little boo is 3. Time for a cake. Never been a huge fan of the artwork in the hungry catapiller but love the story and its one of her favourites so here we are... Plus the theme gave me the excuse to put out lots of fruit as party food without looking like a zealot! 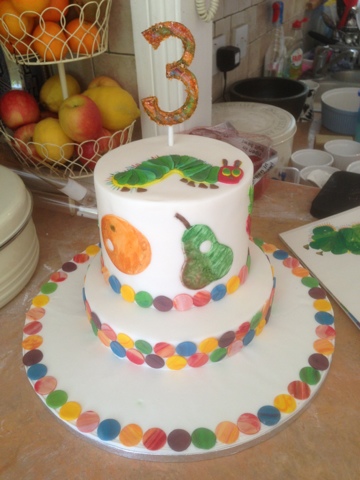 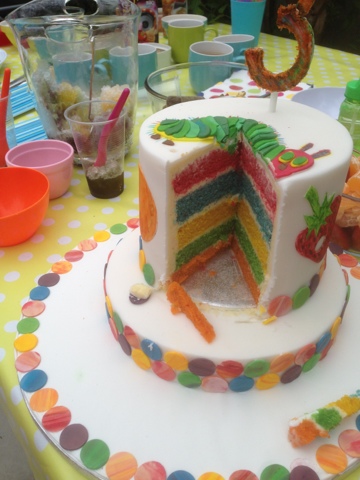 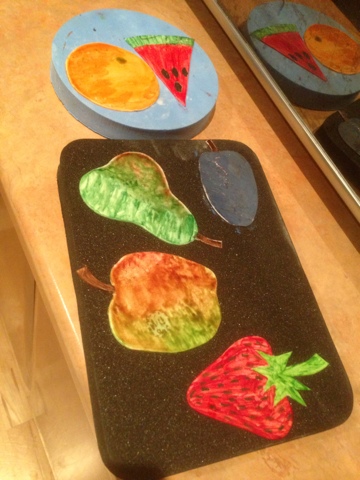 Lets face it, five year old boys and Star Wars are a match made in heaven (or even 45 year old boys for that matter). Ron-star wanted an R2D2 so that's what I went for. 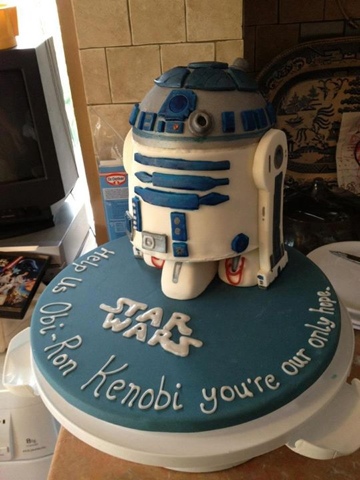 Had a slight problem with slippage on the M25 (that'll teach me to use supermarket bought fondant!), but repairs made on arrival and I seem to be the only one who cared. 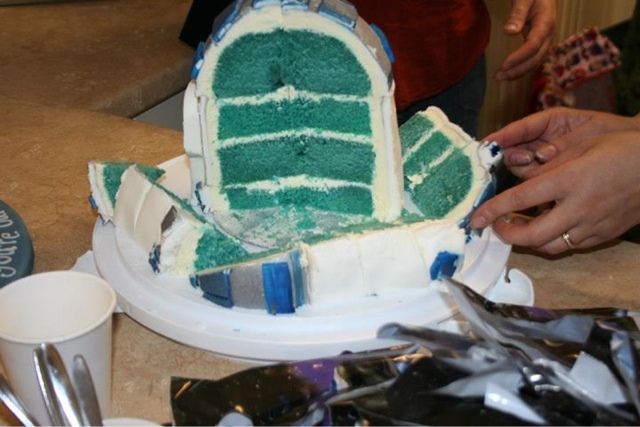 One very happy god-son, but that may have been down to the Star Wars themed snacks, space age bouncy castle and his dad appearing as Darth Vader and getting his butt kicked by 25 hyped up kids with foam light sabres!!

Well, this challenge was to make a joint 40th birthday cake, big enough to feed up to 100 people and make a statement in the middle of a festival site. 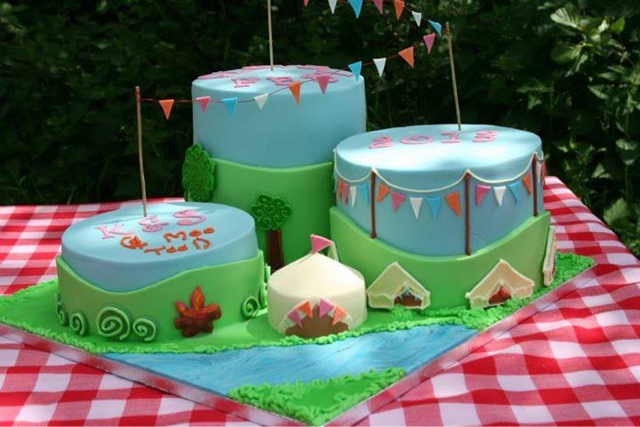 My best friend and her husband (also rather special) were having a mini-festival weekend to celebrate so hired a lovely little camp site, complete with river for paddling in and lots of bell tents.

Had my usual brainstorming session on Pinterest but didn't really feel very inspired and was quite concerned that making a tiered cake that might have to be kept in our bell tent with us and three kids overnight might spell squished cake.

Then it occurred to me that I could make three cakes of different sizes that would be big enough to feed everyone, but narrow enough to store.  Also, just liked the idea that it was a kind of horizontally tiered cake. 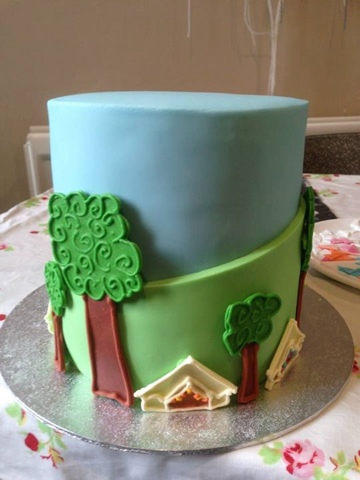 I made one cake into the woodland area, another the camping area, the bonfire area a third and a tiny bell tent cake out front.  I mounted them on a 16" cake drum decorated with a marbled blue fondant river and royal icing flooded grassy camping field. 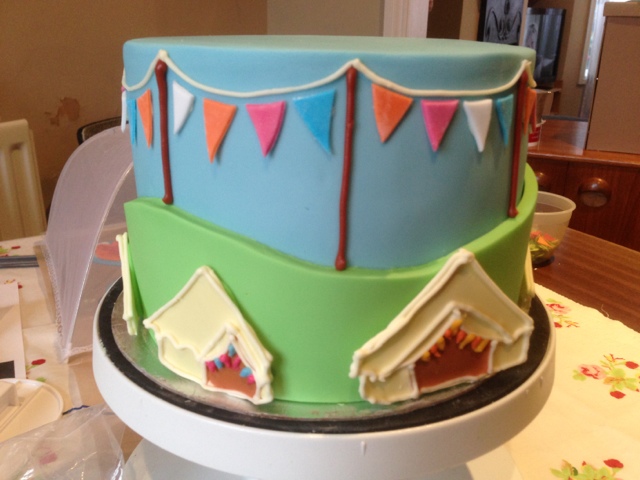 The tallest cake was a multi-coloured vanilla almond sponge with clementine butter cream. The others were chocolate marble cake with marbled white and dark chocolate ganash.  Then they were all covered with fondant and royal icing decorations with added bunting made from florist's wire and icing. 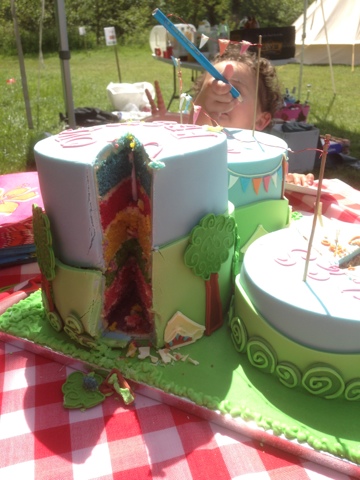 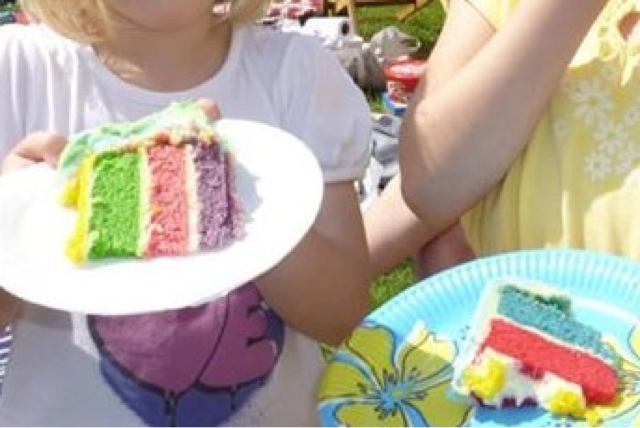 ... and by the way... Bell tents look great but we won't be doing that again!! If there's ever a next time, we're hiring an airstream!