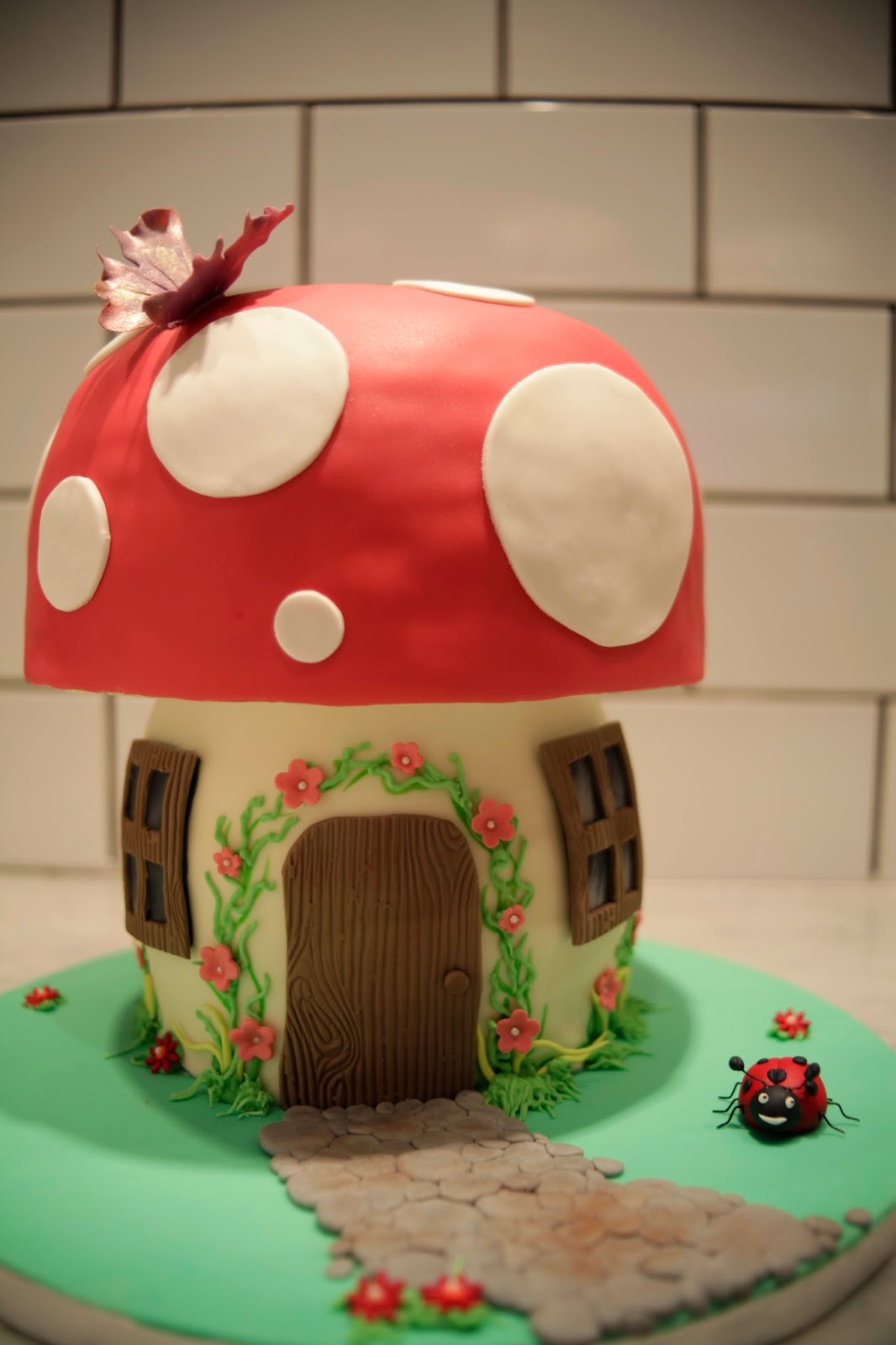 The cake was a red velvet stalk and vanilla dome, both with vanilla buttercream. 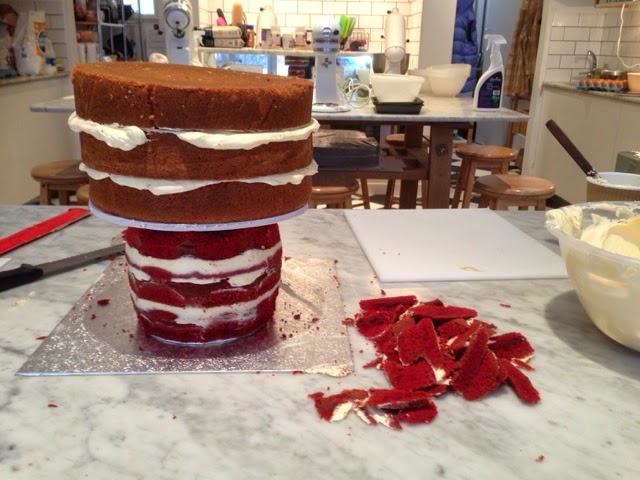 Structurally it was dowelled as per a standard two tier cake, but I used foam core as a board on the top tier (the dome) and cored it so I could add a central dowel that reached through both tiers to add strength. 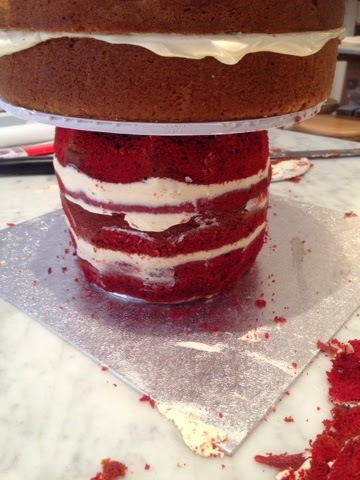 I made the ladybird with sugarpaste and florist's wire (customer was warned!). 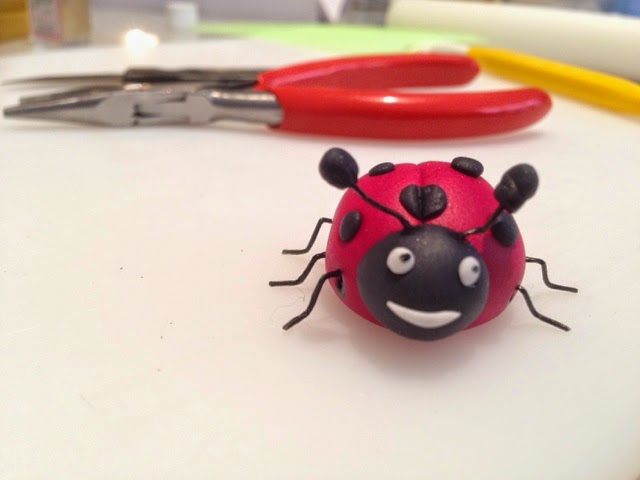 The butterfly was cut out with a standard plunger cutter, then the wings frilled using a ball tool as per flowers. 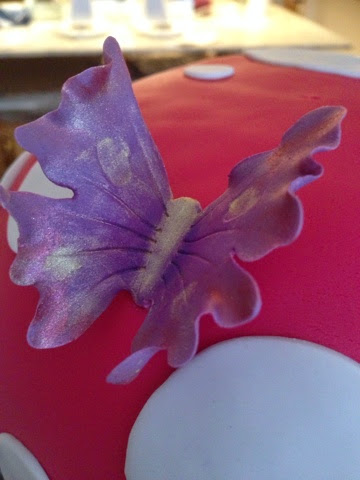 The foliage is a mixture of painting, royal icing and fondant pieces. 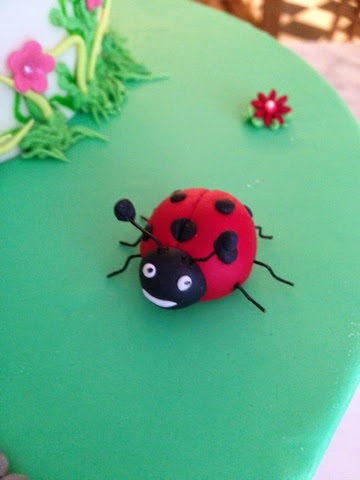 Another advantage of the foam core is that it gave a good white surface for the underside of the dome. 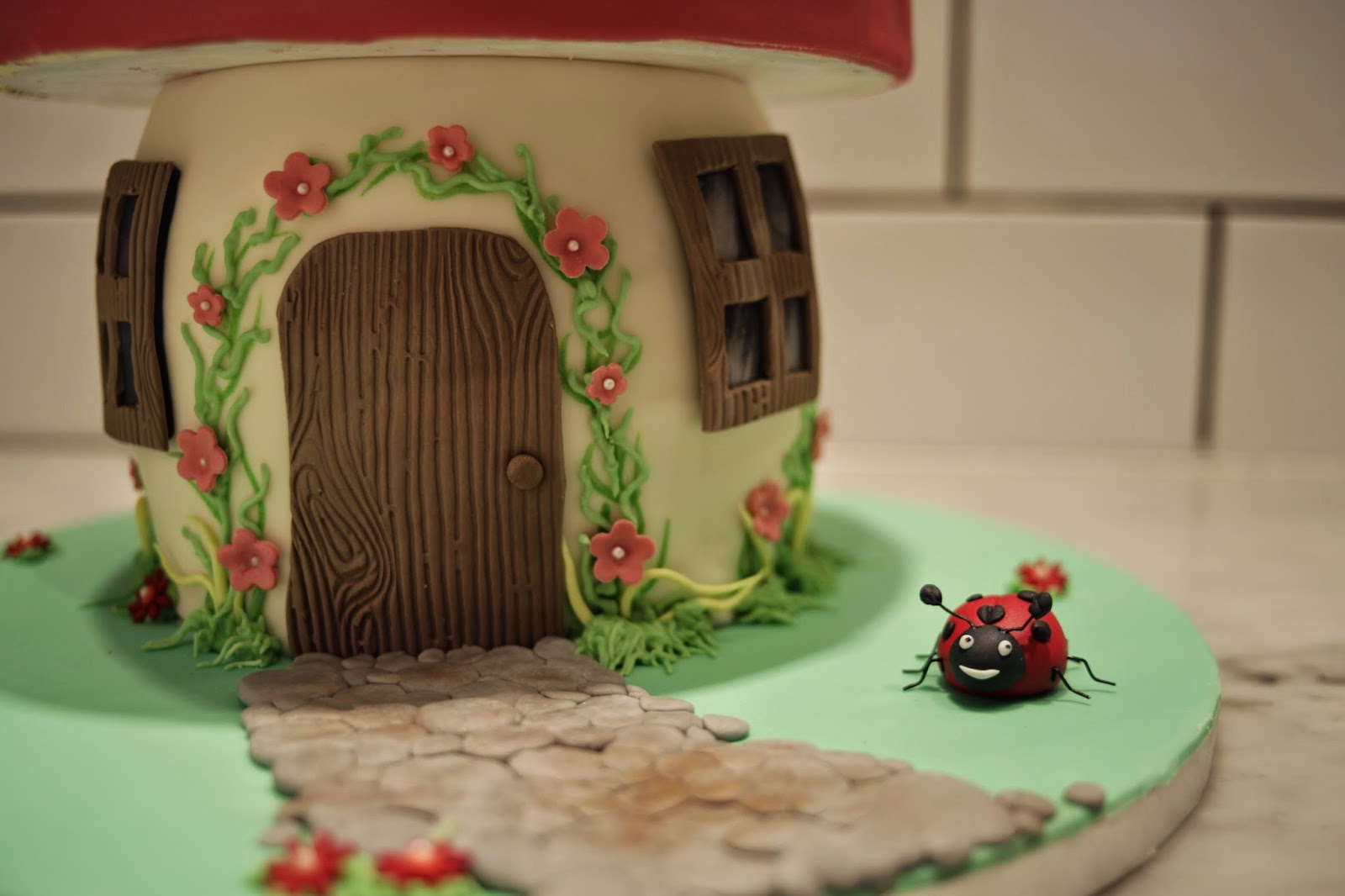 The dome is actually a dark "hot" pink as requested by the customer. 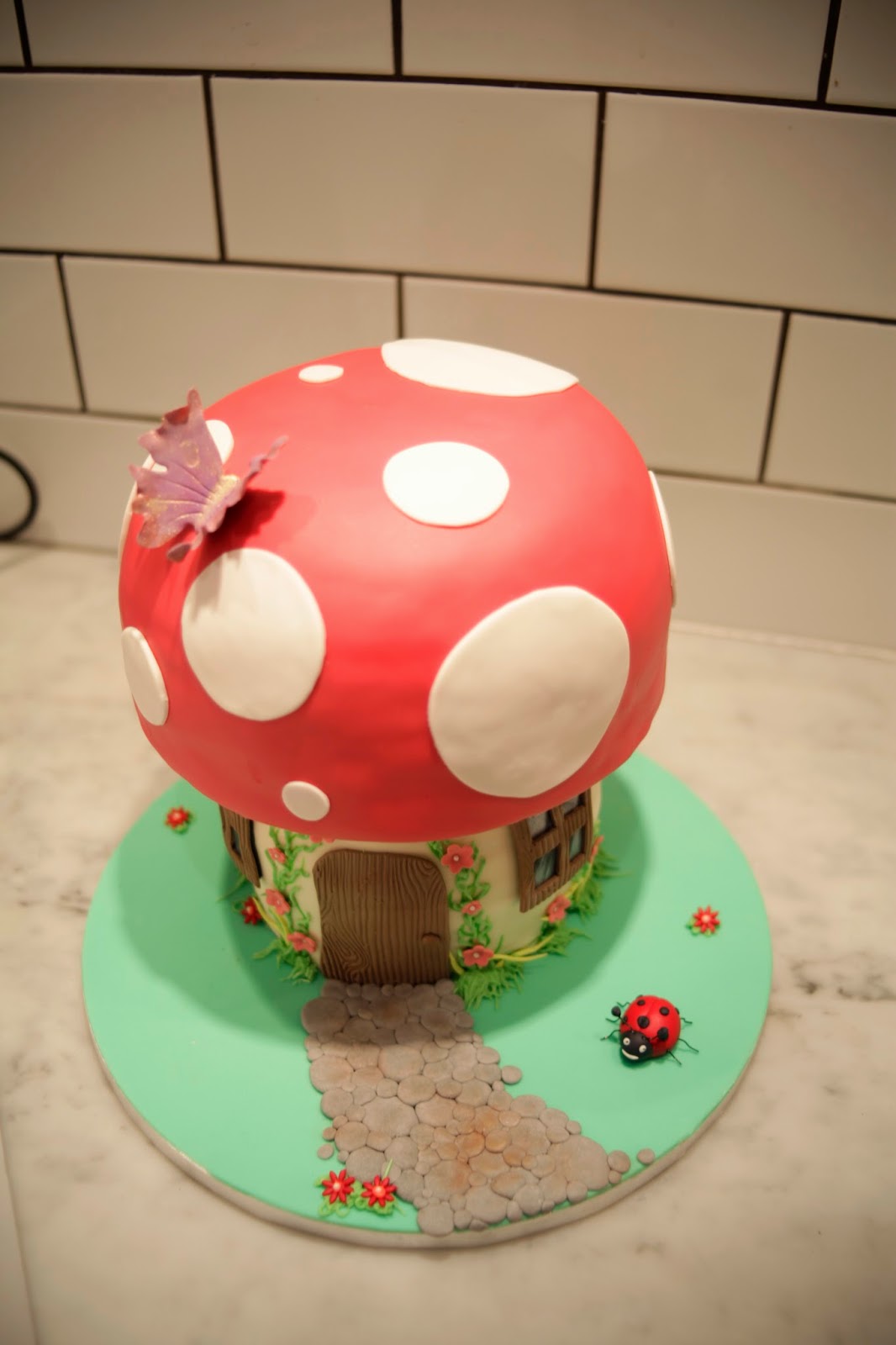 This cake was made for The Angel Food Bakery in Brighton's iconic South Lanes, where the Cake Angels bring Cake Love to the public on a daily basis!